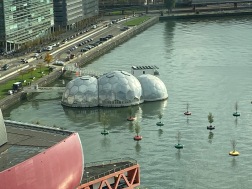 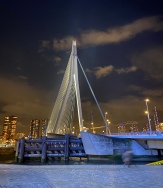 I have a very special person in my life.  He has been by my side and supported me through so much, as I have tried to do for him as well (although I think he can say he has dealt with more 😉 ).  He has taken a place in my heart and there he stays.

When I went to see him at the end of October, it was like I had just seen him, yet it felt like it had been forever! You know what I mean?

When he visited me last, he was going through the loss of his mother, the one person that had always been there, had looked after him and in turn, he looked after her until her passing.  I cannot imagine and don’t want to imagine.  I know it will come one day and I am not wanting it to.  My parents mean so much to me!

But during this time, he was lost.  He knew where he was, but he was numb to all around him.  He was not himself and all I could do was be there for him, as he has always been there for me.  As a matter of fact, just today he told me he didn’t realize how out of it he had been during that time.  From what I understand that is normal and it can definitely be worse.

So, when I saw him in October, he was getting back to himself.  We went to see his personal assistant get married at a quaint farm where they were using the barns as entertainment/wedding venues.  We went and saw friends in London and went over to Rotterdam for a few days to see friends.  As I said, I am blessed.  The scenery in Rotterdam was amazing and beautiful depending on where you went.  (I am sharing a few pictures I took at the top of the page.)

He is now here visiting for a couple of weeks and is more himself than even when I went there to see him.  I am so happy about that.  I am trying to make sure he sees things he hasn’t yet and is enjoying himself while he is here.  We have so much fun together!

Anyway, I just wanted to share a bit about him and hopefully if he reads this he will see and know how much I appreciate him and I thank him for being there and always having my back, supporting me through it all!

With all the traveling, holidays and weddings taking up my time, I did not get over 7000 words done in the NaNoWriMo.  However, that is 7000 more than I had and has me at a good start to my Fantasy novel! 🙂

So, we move on.  I am back and my plan is to be here weekly.  I hope everyone had a wonderful Thanksgiving Holiday here in the US or where ever you may be! I’m looking forward to seeing what everyone is doing during this month of December, wherever you are.

I have goals and plans that I am working on for the coming year and beyond.  I know many of you do as well.

Therefore, lets make it all happen and get excited for all the plans ahead!!

(*Pic I took in Rotterdam)